15 Things To Do In Newquay, Cornwall

Planning a trip to Newquay, Cornwall and looking for things to do during your visit? Here are 15 of the best activities, attractions & adventures, including places to visit when it rains to help you get the most out of your trip. 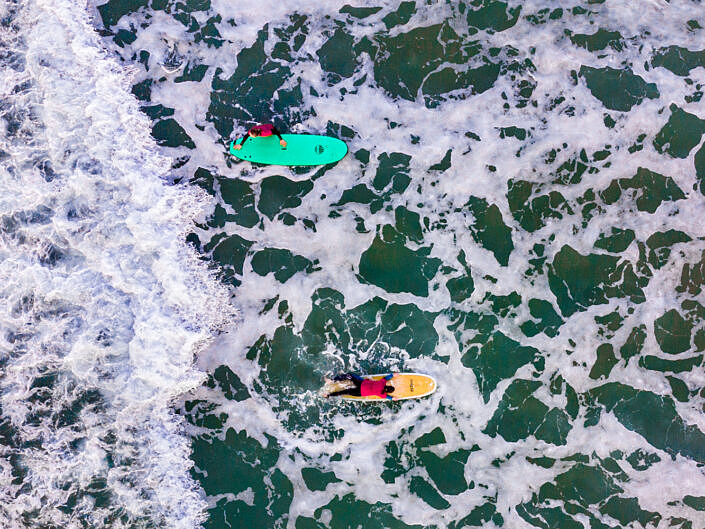 Home to UK surfing, no visit to Newquay would be complete without visiting the iconic Fistral Beach which boasts probably the most consistent surf conditions throughout the UK. Parking is available, as is a variety of restaurants, shops, surf hire, showers and toilets. 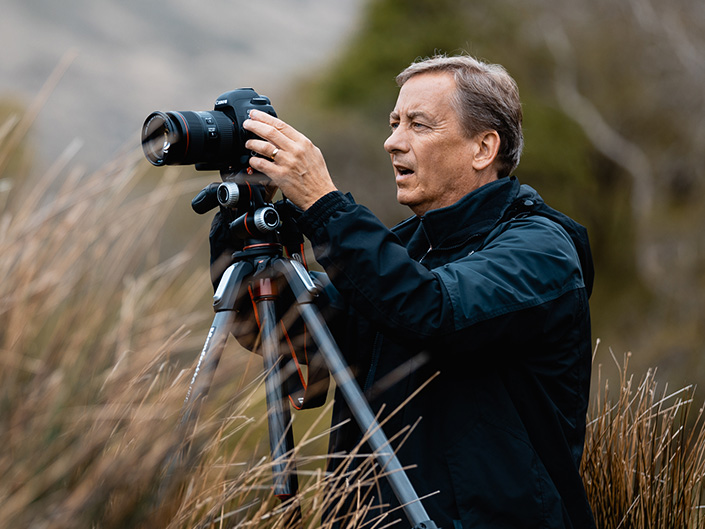 Make the most of the dramatic coastlines and seascapes with professional photographer Paul David Smith. Improve your photography through traditional and creative courses, including the chance to photograph a mermaid or a fully kitted out knight in armour! 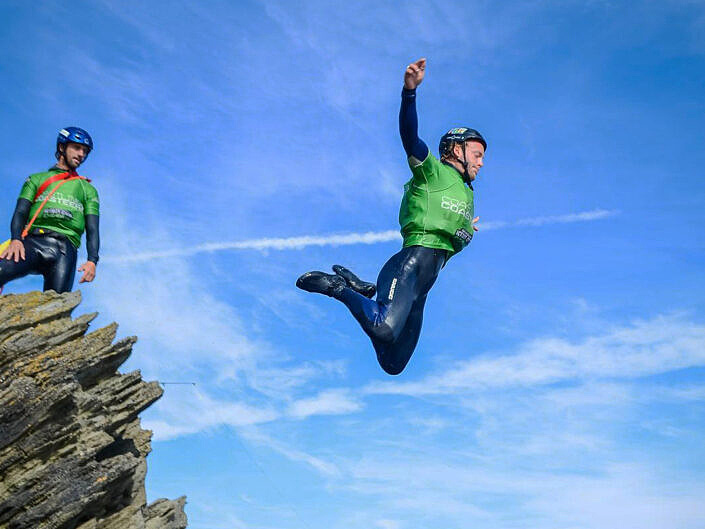 Experience Newquay’s wild coast with over 14 different coasteering experiences to choose from. You will climb through old smugglers caves, negotiate natural rapids and attempt adrenaline fueled sea jumps all under the careful watch of fully qualified instructors.

Newquay Aquarium allows you to discover the underwater world from the Cornish coast to the beauty of a tropical reef. Regular feeding displays and informative talks make it educational, whilst meeting the sharks and rescued loggerhead turtle makes it a day to remember.

Experience the Cornish coastline under the guidance of a qualified instructor with Waverunner Safaris based at Lusty Glaze. With a range of Jet Ski experiences to choose from, varying in time on the water and locations visited, they ensure every trip is an adventure with lots of fun.

Learn to dive with a dedicated team of qualified instructors at Dive Newquay. They offer courses for all levels of experience at their dive centre and have their own boar to get you out into the sea with over 30 wreck, dive and shore dives for you to choose from. 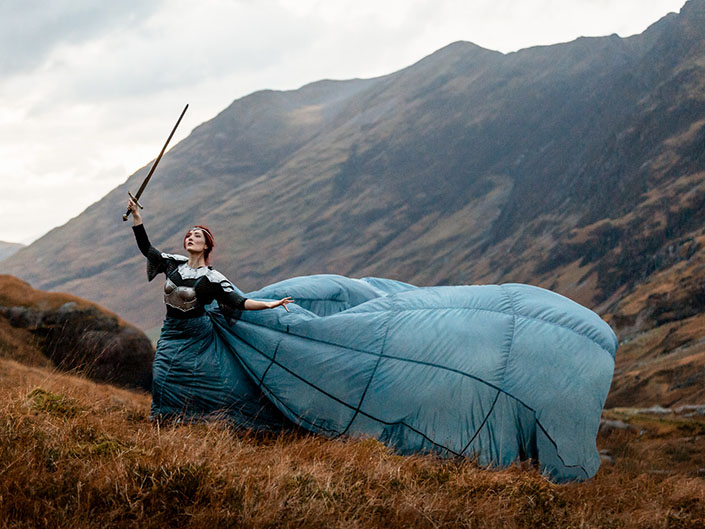 Get Photographed Dressed As A Knight In Armour

Looking for some photographs that will send your social media into a storm or just want to spend an afternoon dressed as a knight and wielding a sword? Professional Photographer Paul David Smith offers just this very opportunity in this creative photoshoot.

Visit The Animals At Newquay Zoo

Set within 13 acres of sub-tropical gardens, Newquay zoo is home to over 130 different species. Whether you want to watch the penguins diving into their pool or the antelope which are part of the African Savanna exhibit, you’ll enjoy a fun day out for all of the family.

Providing an authentic Japanese garden in a calm Cornwall setting, the Japanese Garden in Newquay is a meditative garden where one can let the mind unwind and let go of unwanted stress. Combining the beauty of nature with authentic styling of plants and natural elements.

Originally built in 1572, Trerice is now a National Trust property featuring a beautiful interior where you can learn about the history of the property and delightful gardens to relax in and explore. Trerice Manor is one of our favourite things to do in Newquay when it rains.

At Cornwall Aviation Heritage Centre you don’t just get to look at the planes, you are able to get up close, climb aboard and actually experience them. Set amongst former RAF buildings this aircraft museum is like no other as you’ll feel what it was like to actually fly these aircraft.

Play A Round At Newquay Golf Club

Sitting on the Cornish coast and overlooking the majestic Fistral Beach, Newquay Golf Club features an 18 hole course which makes a great day out for golf enthusiasts or beginners alike. It’s challenging and you’ll always have to contend with the wind, but the view is incredible.

Hovering just above the water or soaring 50ft in the air, flyboarding is perfect for anybody who wants to try something new and challenge themselves. After a quick safety briefing you’ll be out on the water doing 360’s and flips in no time!

Carnewas and Bedruthan steps boasts some of the most dramatic landscape views in Newquay and is synonymous with smugglers and shipwrecks alike. From the cliff tops you’ll see the pointed, colossal stacks which climb out of the ocean offering fantastic landscape photography shots.

Always dreamed of being a mermaid? Or just want to take part in a photoshoot that will give you some amazing photographs for social media? This mermaid fantasy photoshoot will deliver you some images that will stand out from the crowd.

Where Is Newquay, Cornwall? 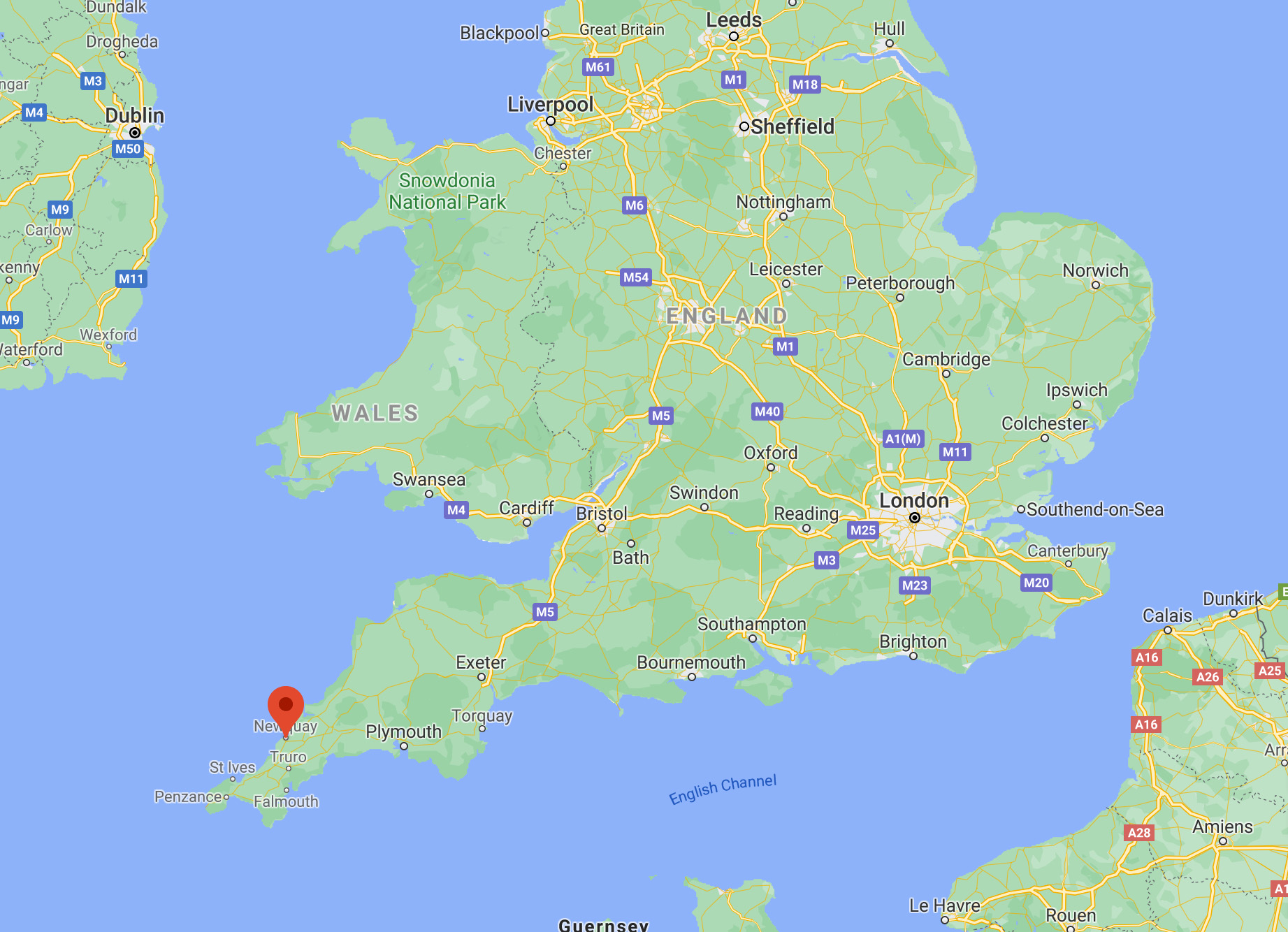 Newquay is located on the north coast of the county of Cornwall in the United Kingdom. The postcode for the area is TR7 and coordinates for Newquay, Cornwall are: 50.4155° N, 5.0737° W

Where Can You Fly To From Newquay Airport?

How Do I Travel From London To Newquay?

In a straight line it is 228 miles between London and Newquay. By road it is 258 miles and it will take approximately 4 hours 45 minutes by car. You can fly between London Heathrow and Newquay airport and this takes an average of 1 hour 10 minutes. The average train journey time between Newquay and London is 5 hours 7 minutes.

How Far Is Newquay Airport From Newquay Town Centre?

In a straight line the distance between Newquay Airport and Newquay Town Centre is 4 miles. By road it is 5.7 miles and will take approximately 15 minutes by car. There is a bus service that runs between Newquay and Padstow that stops at the airport, this is the number 56. You can also take a taxi, this will cost around £15.00.

How Far Is Port Isaac From Newquay?

How Far Is St Ives From Newquay?

In a direct line it is 23 miles between Newquay and St Ives, however by road it is approximately 31 miles and will take around 45 minutes by car. A taxi will cost roughly £60.00 from Newquay airport to St Ives and it is possible to get by train, however it will take around 3 hours and involve multiple changes.

Thanks to the Gulf Stream current, Cornwall has the sunniest climate in Britain, as well as the mildest, making Newquay a wonderful base for a summer holiday.

The History Of Newquay

The town of Newquay lies on the north coast of Devon in the south of the UK. Towan Blystra (blown sand dune), as Newquay is called in its native Cornish language, began as a fortified cliff settlement. People have probably inhabited the area since the Stone Age.

At the Barrowfields, an open area overlooking the bay of Newquay, archaeologists have found evidence of a Bronze Age settlement. The area has an assortment of ancient burial mounds. A clay urn discovered here contains the remains of a Bronze Age chief dating to 3,500 years ago. Today, the Barrowfields hosts open-air concerts and festivals.

Further evidence of prehistoric life has been found at Porth Island on the outskirts of Newquay, which boasts the giant earthworks of what was once Cornwall’s finest cliff castle.

Newquay developed into a small port town from which fisherfolk landed their catches of herring and pilchards. Records indicate that there was a pier at Newquay from 1396, protecting the small cove below a tiny hamlet. In the 15th Century, a new quay was built and the town acquired its name.

From the Huers’ Hut, which remains perched above the harbour, lookouts would signal (by the “hue and cry” – hence the name) the sighting of a shoal to alert the town’s fleet of fishing boats. There were originally three Huers’ Huts. The one that remains dates to medieval times and was rebuilt in 1835. The locals would supplement their fishing income with a little smuggling and many of the caves along the coastline were used for this purpose.

A fish market has existed at Newquay since the 16th Century. Today the town remains popular with sea fishing enthusiasts and you can sample the local catch at the various fishmongers in Newquay.

The Industrial Revolution transformed Newquay into a commodity port trading in tin, lead and clay. The arrival of the passenger railway in the 1870s transformed the town into a Victorian seaside resort. Today, visitors from London, the West Country, the Midlands and the north approach Newquay across the beautiful Luxulyan Valley and the Goss Moor before being treated to glorious views of the Atlantic Ocean.

Newquay truly became a surf resort from the 1920s onwards but the surfing explosion in the town really began during the 60s. Surf culture was introduced with the arrival of a group of Australian lifeguards who made Newquay their home in 1962. The Aussie surfing quartet became local celebrities and established the town’s first surfboard in the early 1970s. The boom in surfing continued into the 1980s and beyond. Today’s surfers can choose from nine different beaches at Newquay to ride the world-famous waves. Many of the beaches have surf schools and surf equipment hire outlets. There are surfing competitions and festivals throughout the summer.

Much of the life in Newquay centres around the harbour. The small, traditional quay is also home to one of the quaintest beaches in the South West of England. A visit to the harbour also means a pint at one of the nearby pubs or an opportunity to dine at one of the local restaurants.

Fistral beach is perhaps the most famous in Newquay. Cliffs and sand dunes offer the opportunity for some coastal exploration or simply to soak up the sun on the sandy beach.

There are a number of boat trips you can take from Newquay harbour, including daytime or evening fishing expeditions. Or you could opt for a dolphin-spotting excursion or simply take a sightseeing tour of the beautiful Ceredigion Marine Heritage Coast.

There are lots of lovely coastal walking routes from Newquay. The South West Coast Path passes Newquay as it winds its 630-mile route from Minehead in Somerset to Poole Harbour in Dorset.

For a slightly more adrenaline-fuelled way to explore the coastline, why not try coasteering where you can traverse the seashore, explore gullies and caves and cap it all with a giant leap into the blue waters of the Atlantic?

Newquay is a growing coastal town which has an abundance of things to do, places to see and culture to immerse yourself in. Recently voted the top seaside resort for Brits considering a holiday at home, Newquay has a rich history awash with Cornish tradition, folklore and culture.

Miles of golden sand, stunning routes along the coast and ocean activities mean that much of what Newquay has to offer centres around the sea. But there’s plenty to do inland too and Newquay is a small enough town to explore easily on foot.

Based on the north coast of Cornwall, roughly 12 miles north of Truro, Newquay is best known for its beautiful surf beaches which include Fistral Beach and, Tolcarne and Watergate Bay. It is widely known as the surf capital of the UK and has for the past 20 years hosted a range of international surf competitions including the annual Boardmasters festival. The town is home to many surf shops and board manufacturers and is home to the reef known as Cribbar, which can produce 20 foot waves in the right conditions.

For more than a century the harbour town of Newquay has been a major tourist destination with a population of 25,000 that increases to 100,000 during the summer tourist season. There are 11 beaches located in or close to Newquay and its moderate maritime climate makes it mild in the winter and cooler in the summer making it an ideal destination to visit all year around.

In recent years a partnership has been signed between Cornwall country council, Goonhilly Earth Station and Virgin Orbit which intends to have Newquay operating as a horizontal launch spaceport, launching satellites into space from Newquay Airport.

Get In Contact For More Suggested Things To Do In Newquay