I was recently invited to photograph the prestigious East of England Championship Dog Show at Just Dogs Live for a Peterborough based magazine, as part of the 3 day weekend I was treated to a host of dog agility competitions which were simply a joy to photograph…. yet very, very challenging!

I’m sometimes asked how I manage to pay the bills through photography when everybody carries a camera these days and its events like this which I point to as examples of why hiring a professional photographer is always a worthwhile investment over “uncle bob” who happens to own a shiny new DSLR camera. 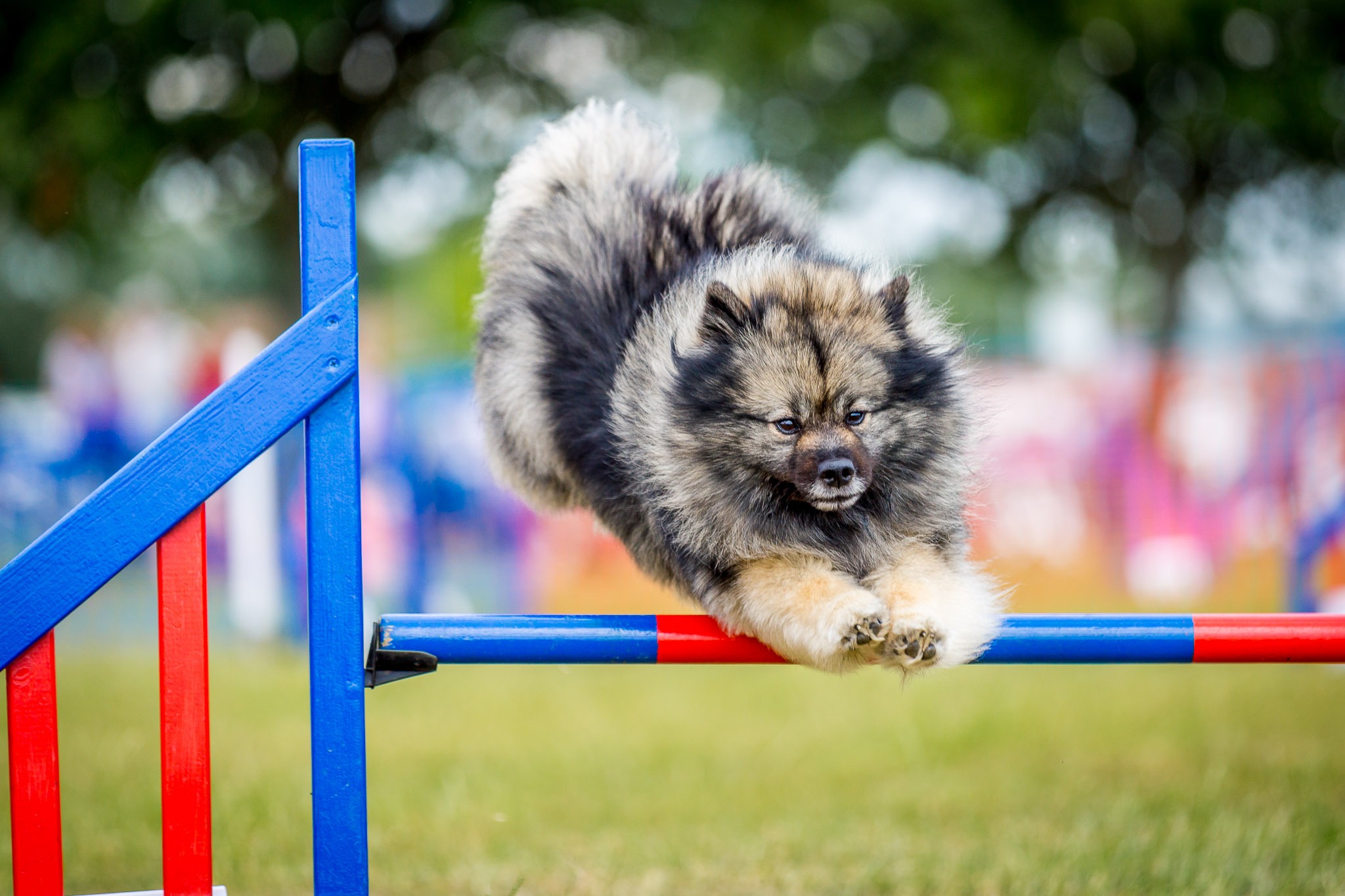 I’m no stranger to photographing fast moving cars / human beings or animals…. but these dogs were so agile and so quick! Combine this speed with the fact that some of the dogs were tiny and you’ll start to understand why this was going to be a challenge. The first few shots I attempted left me with either an empty frame as the dog had passed through before the shutter had fired, or a blurry mess of fur even at relatively high shutter speeds.

A few camera setting changes later I started to learn the course the dogs were completing so I could predict where they were at any given time, this at least allowed me to get the dogs in the frame which was a good start! 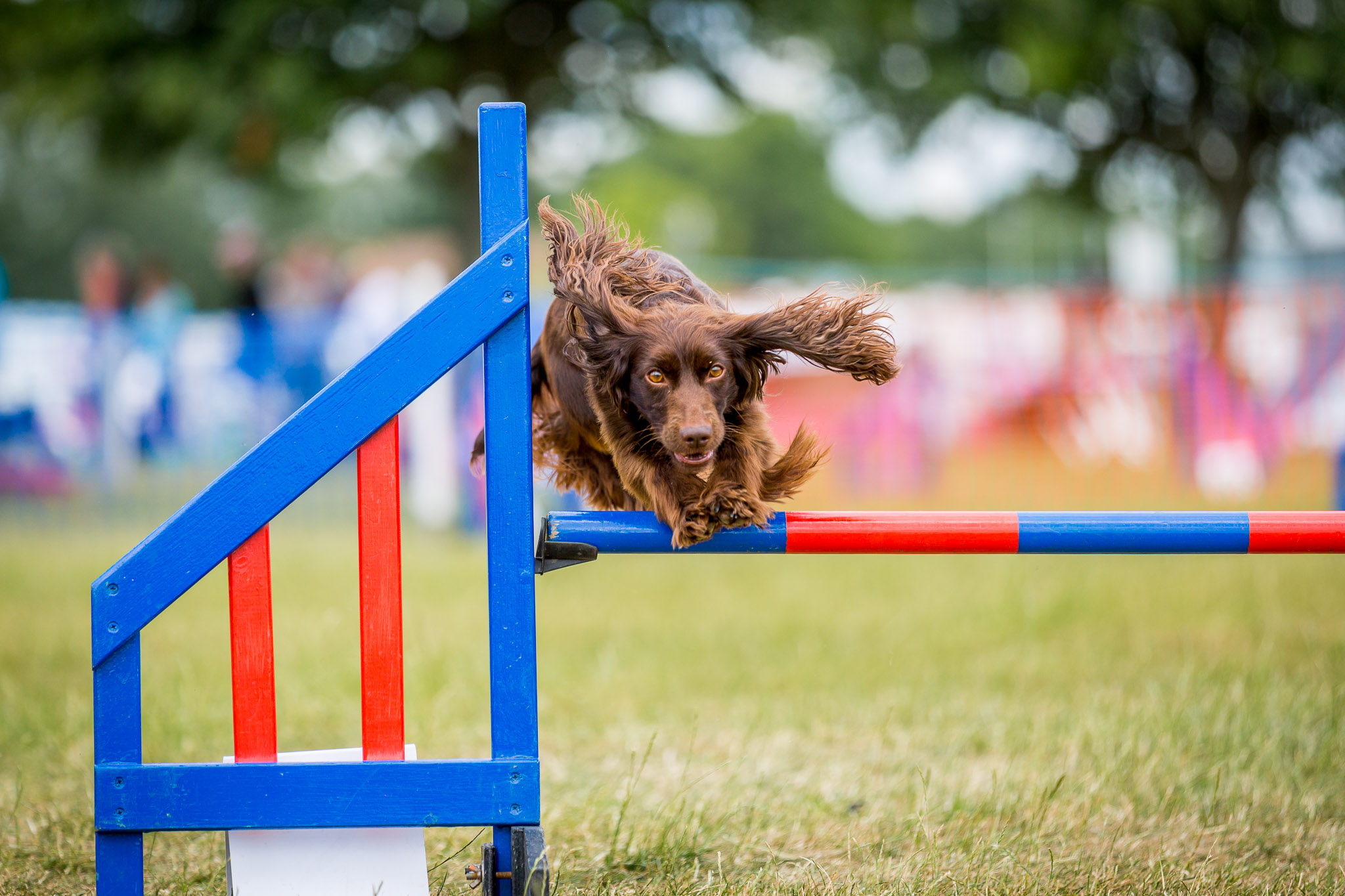 The second challenge I faced was that the backgrounds to all of my early photographs were so cluttered, it was hard to distinguish the subject from the chaos behind it. There were crowds watching the competitions, which at dog height meant a lot of legs in the backgrounds which can be very distracting. But also bright orange plastic temporary fencing, rubbish bins, cars, tents, etc. were all in the frame, and I didn’t really want to see any of them!

Not to be deterred I fit the Canon 5D MKIII with my trusty EF 70-200mm f/2.8L IS II USM Lens which allowed me to blur out the backgrounds, adding some nice bokeh to the photographs in the process. 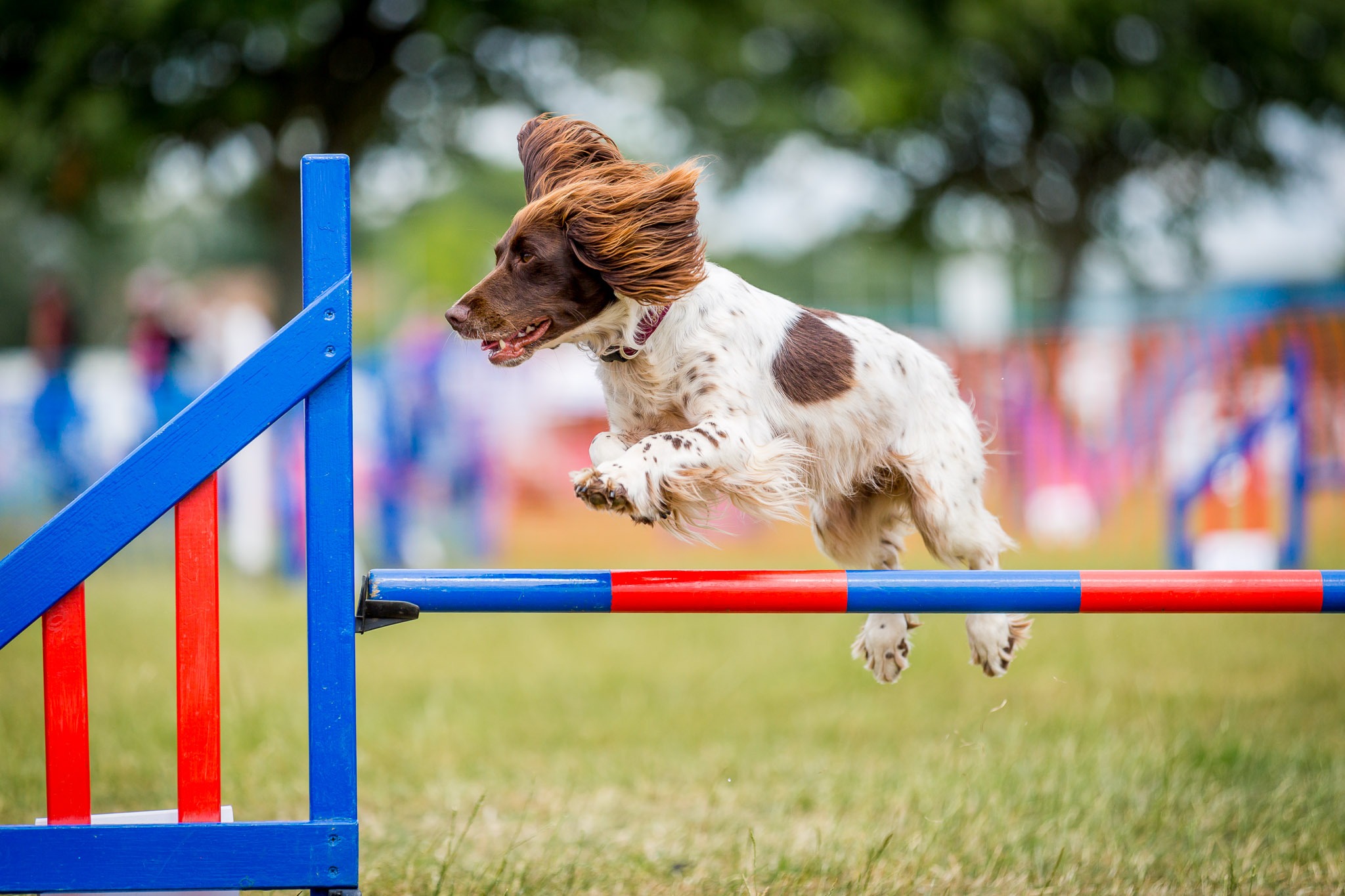 So picking out a small fast moving target, capturing the exact millisecond the dog was making the jump and blurring out all of the distractions in the photograph at the same time…. just an average day for this event photographer and that’s why I love this job so much! 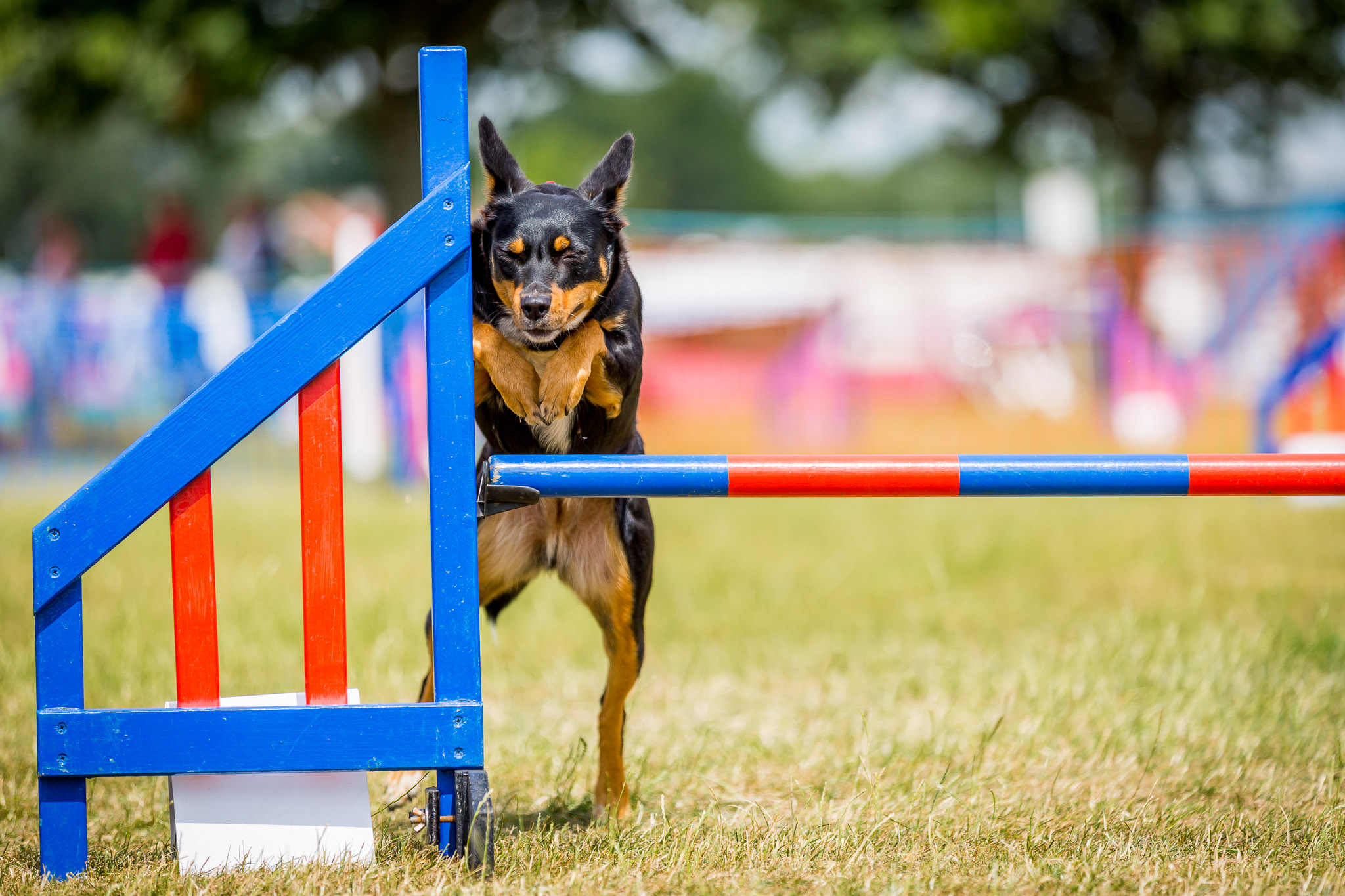 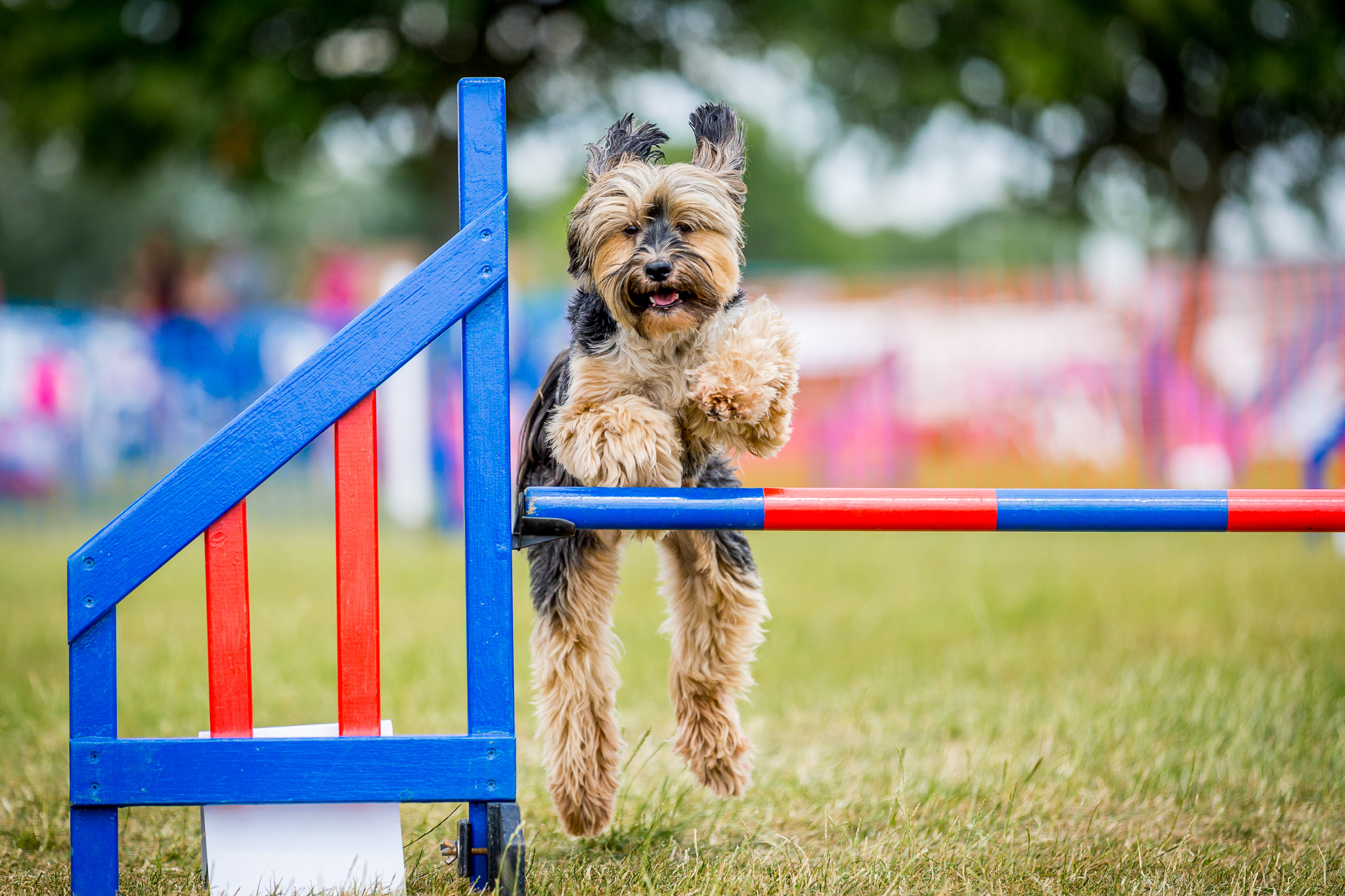 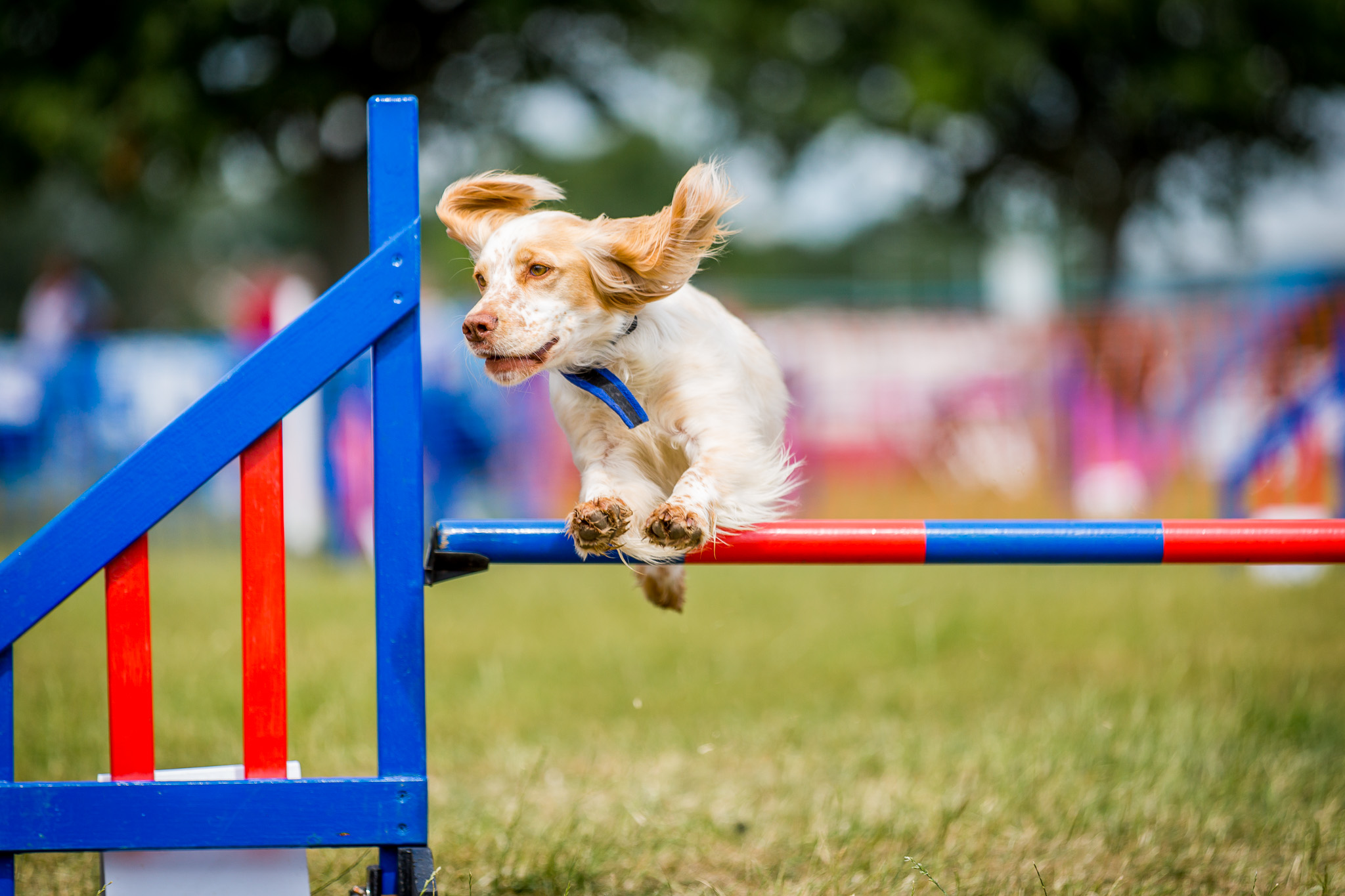 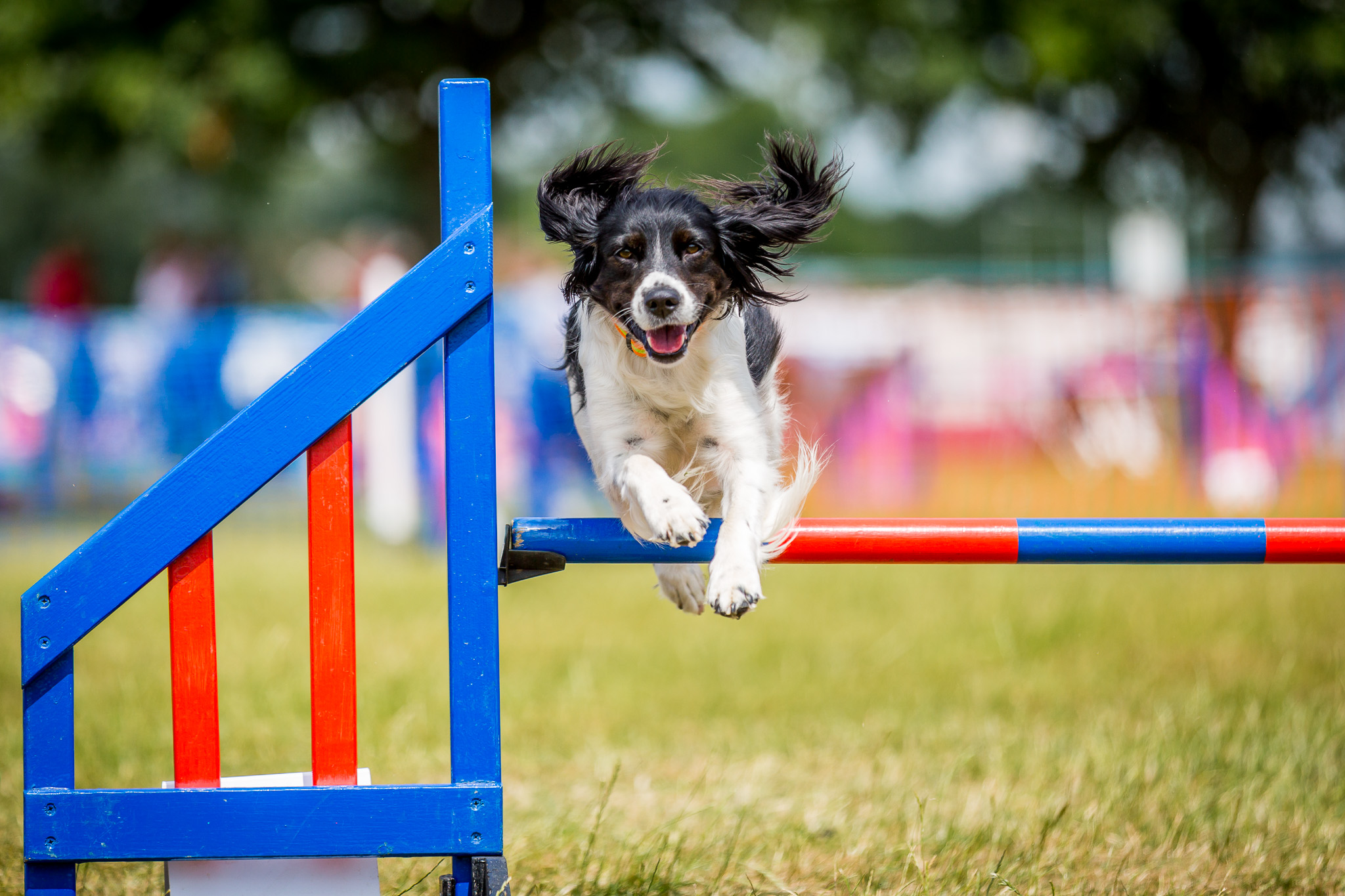 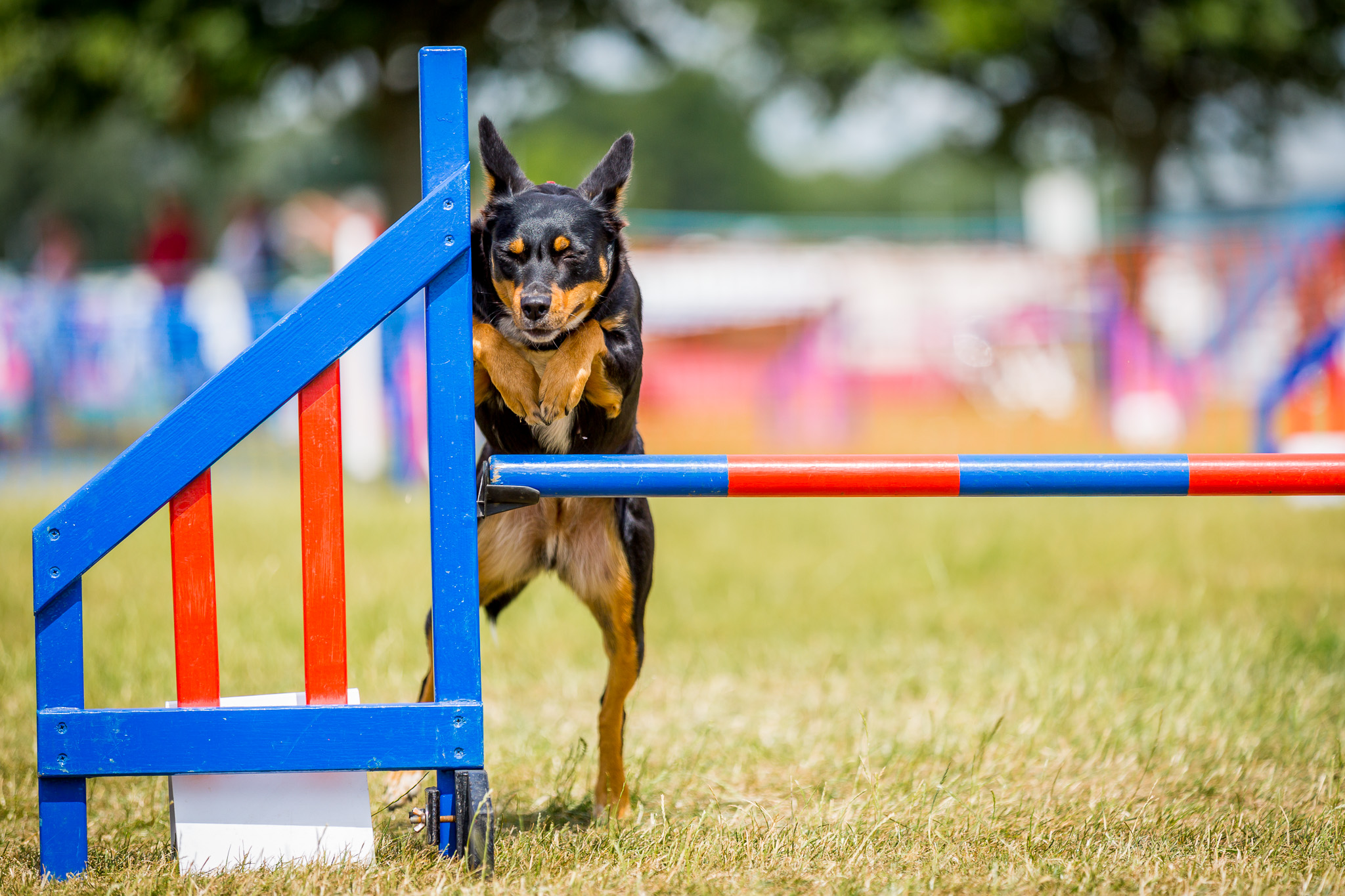 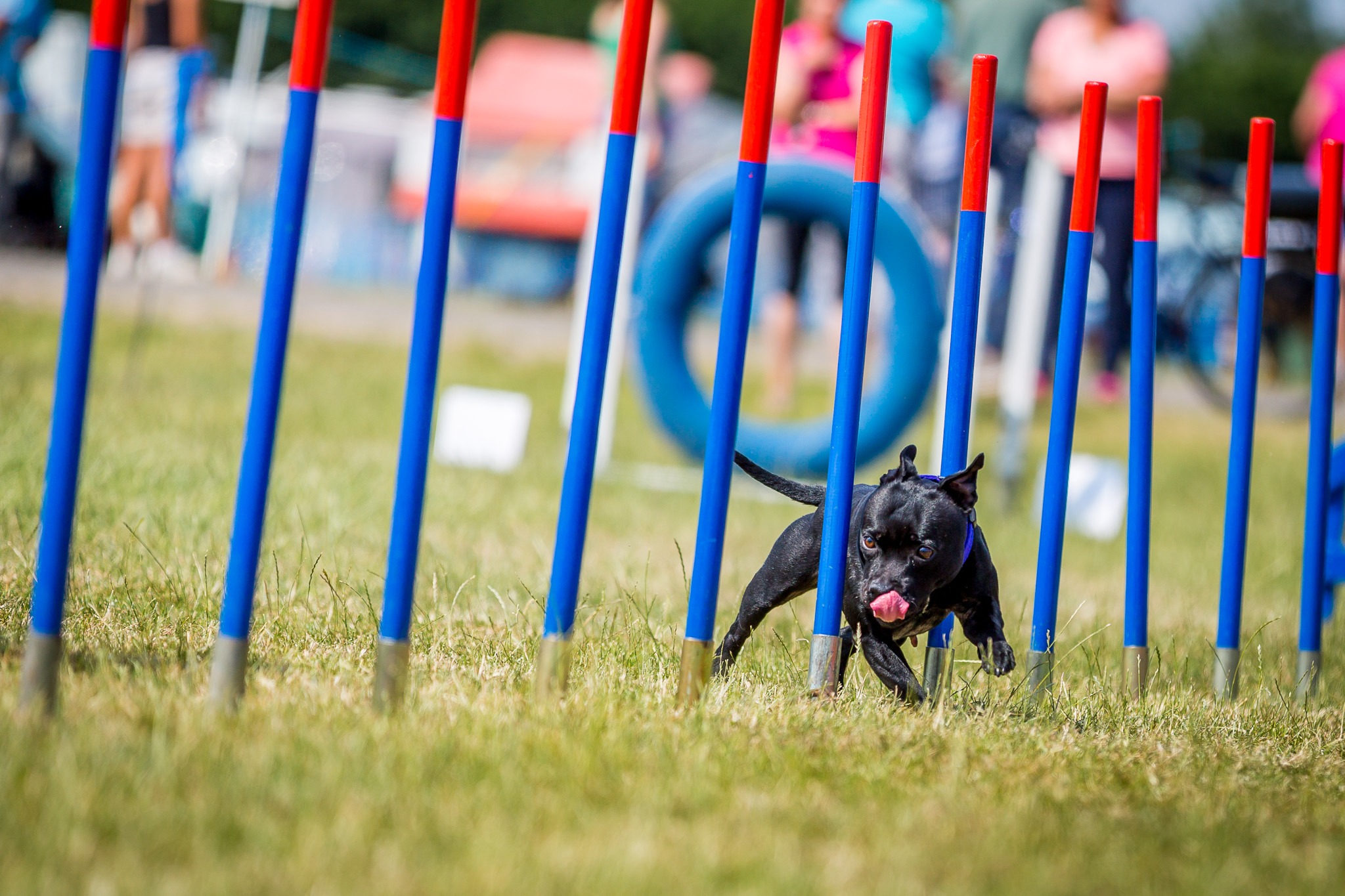 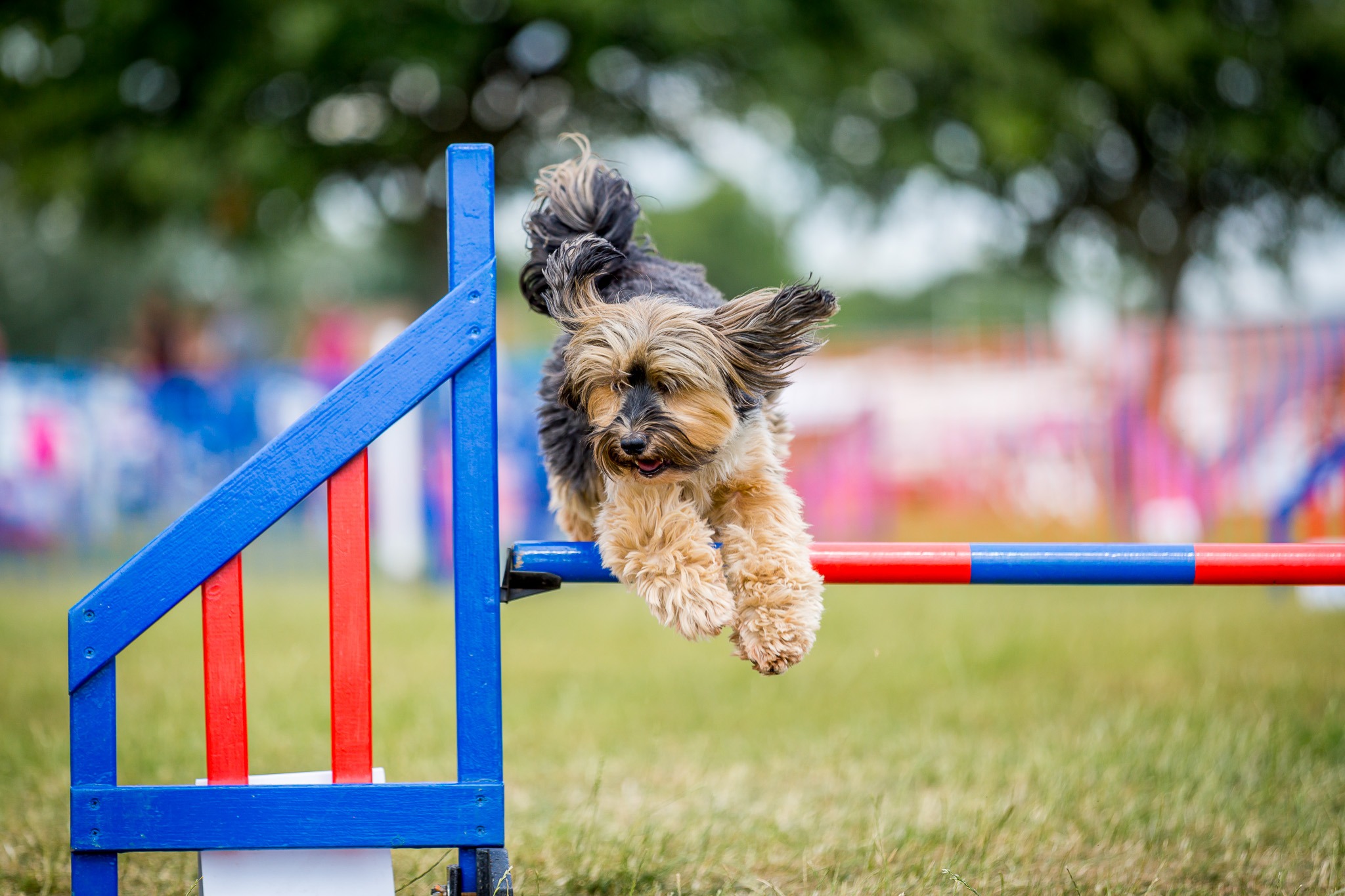 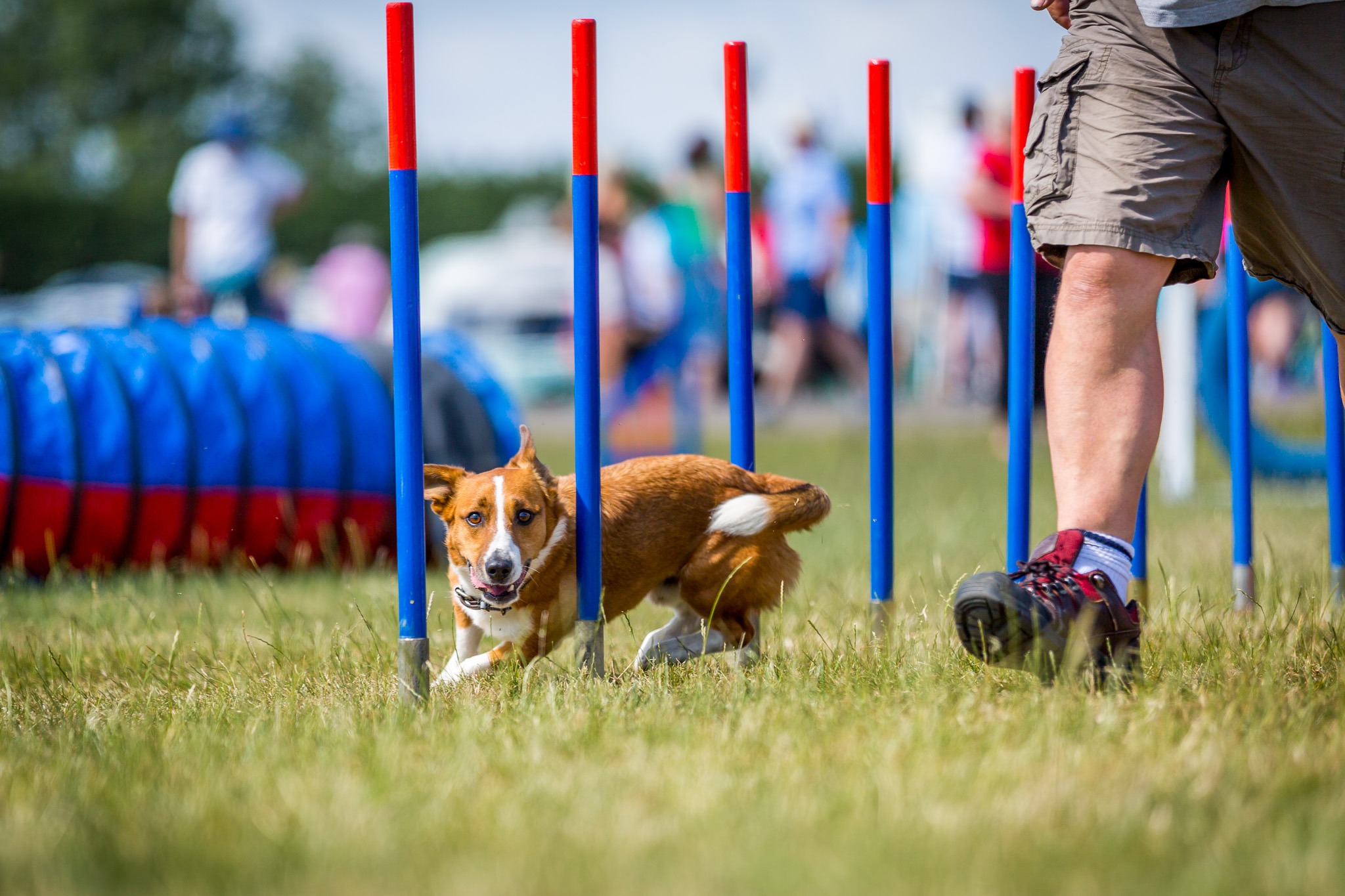 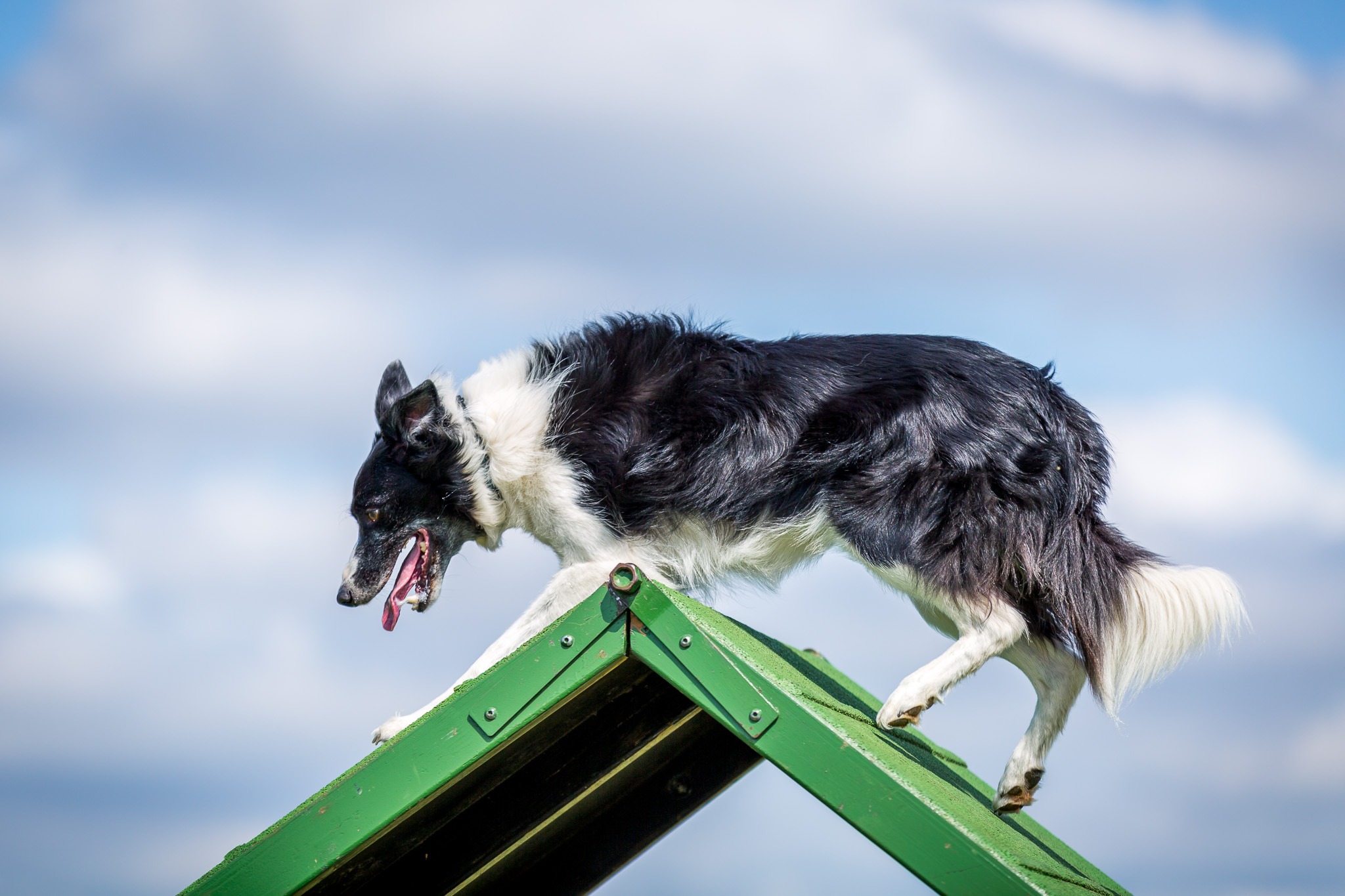 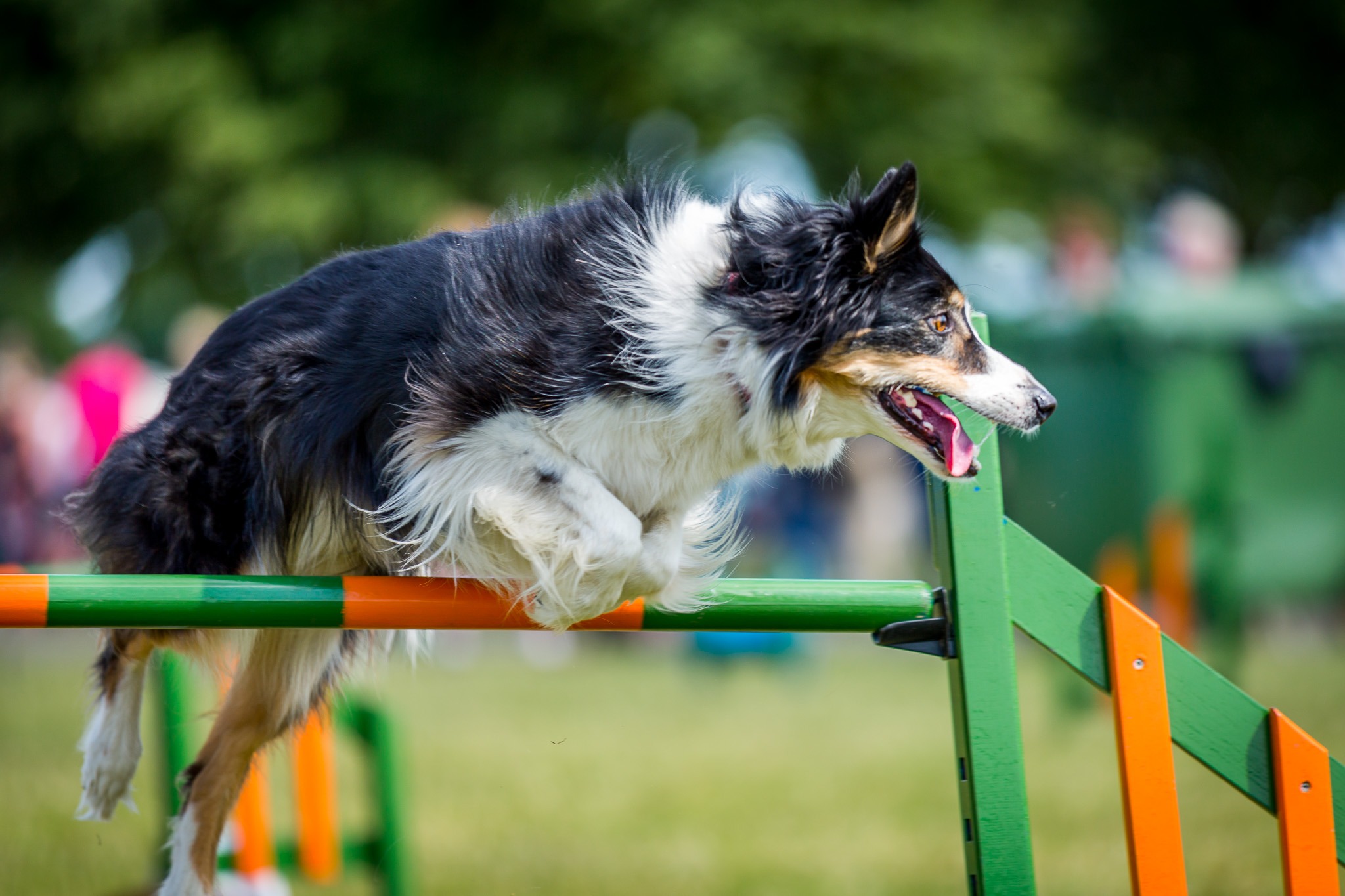 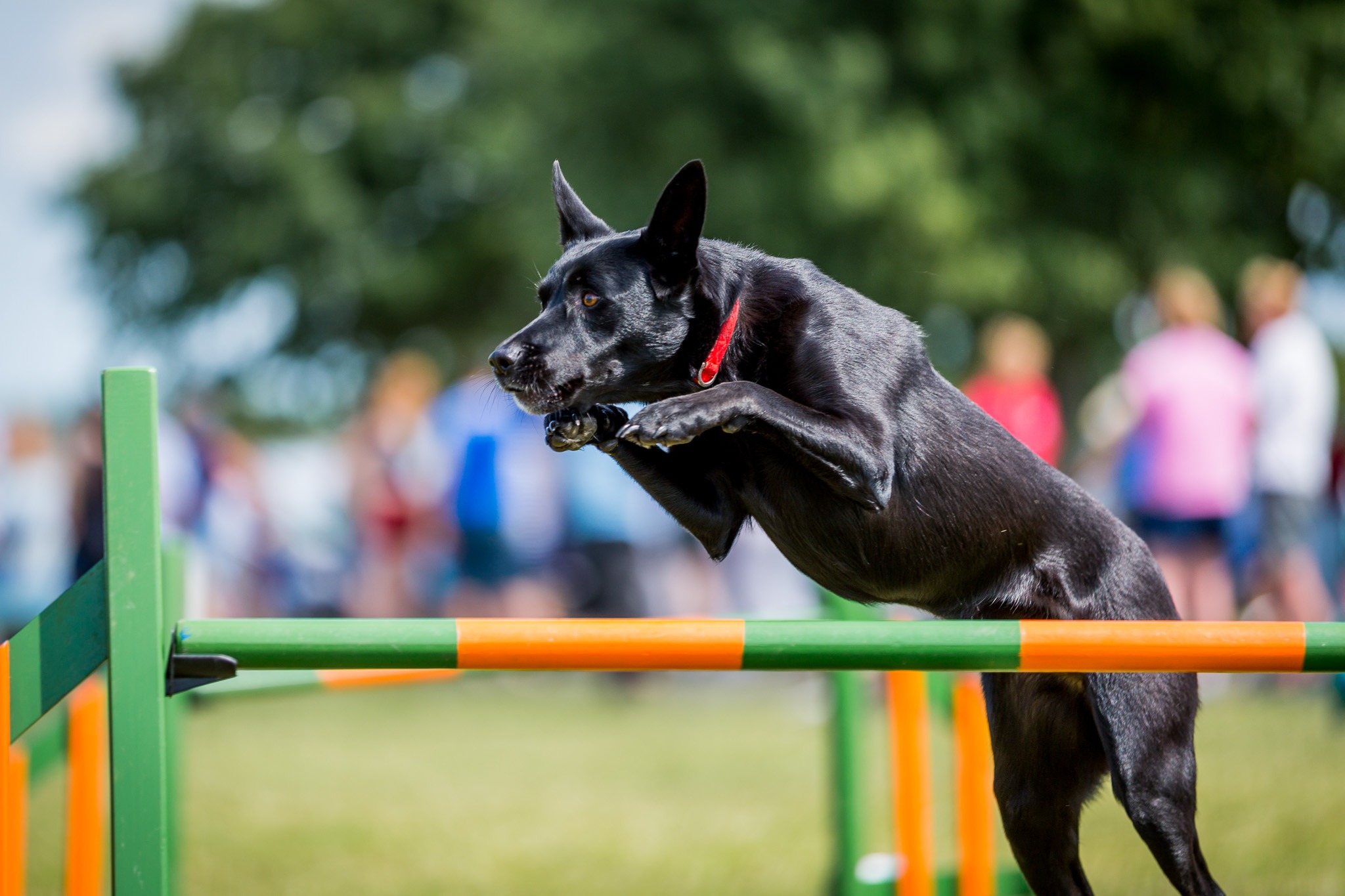 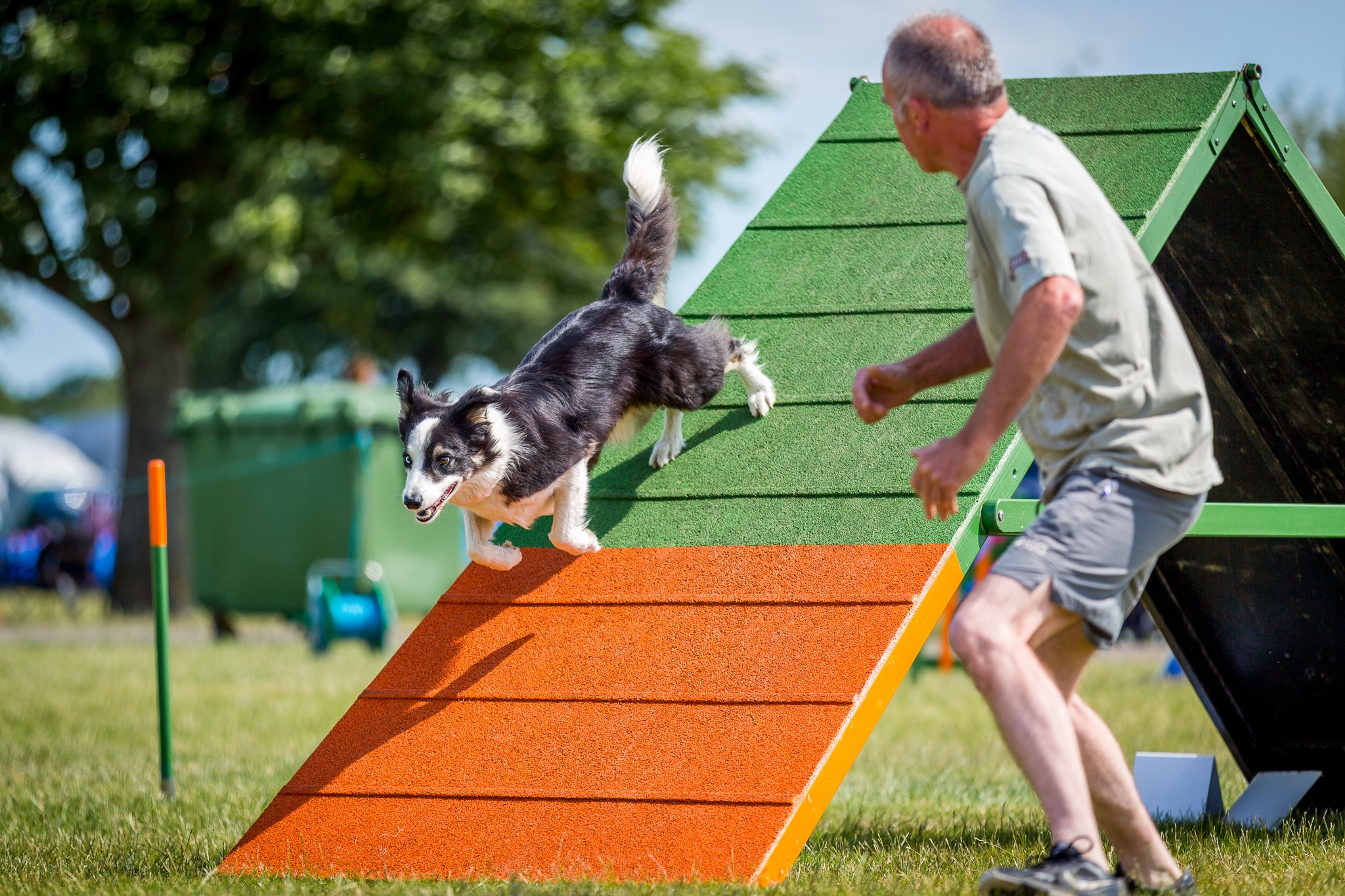 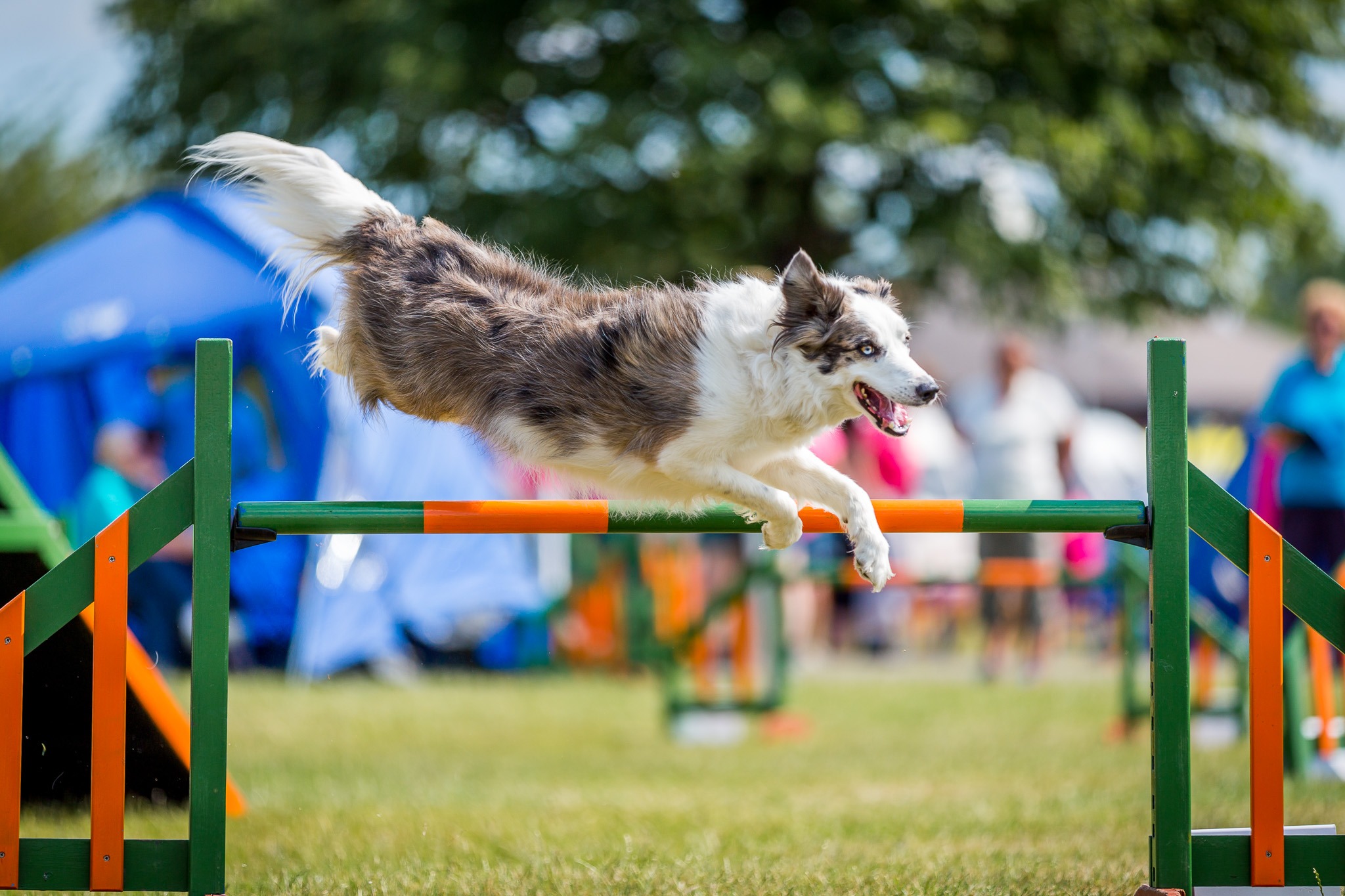 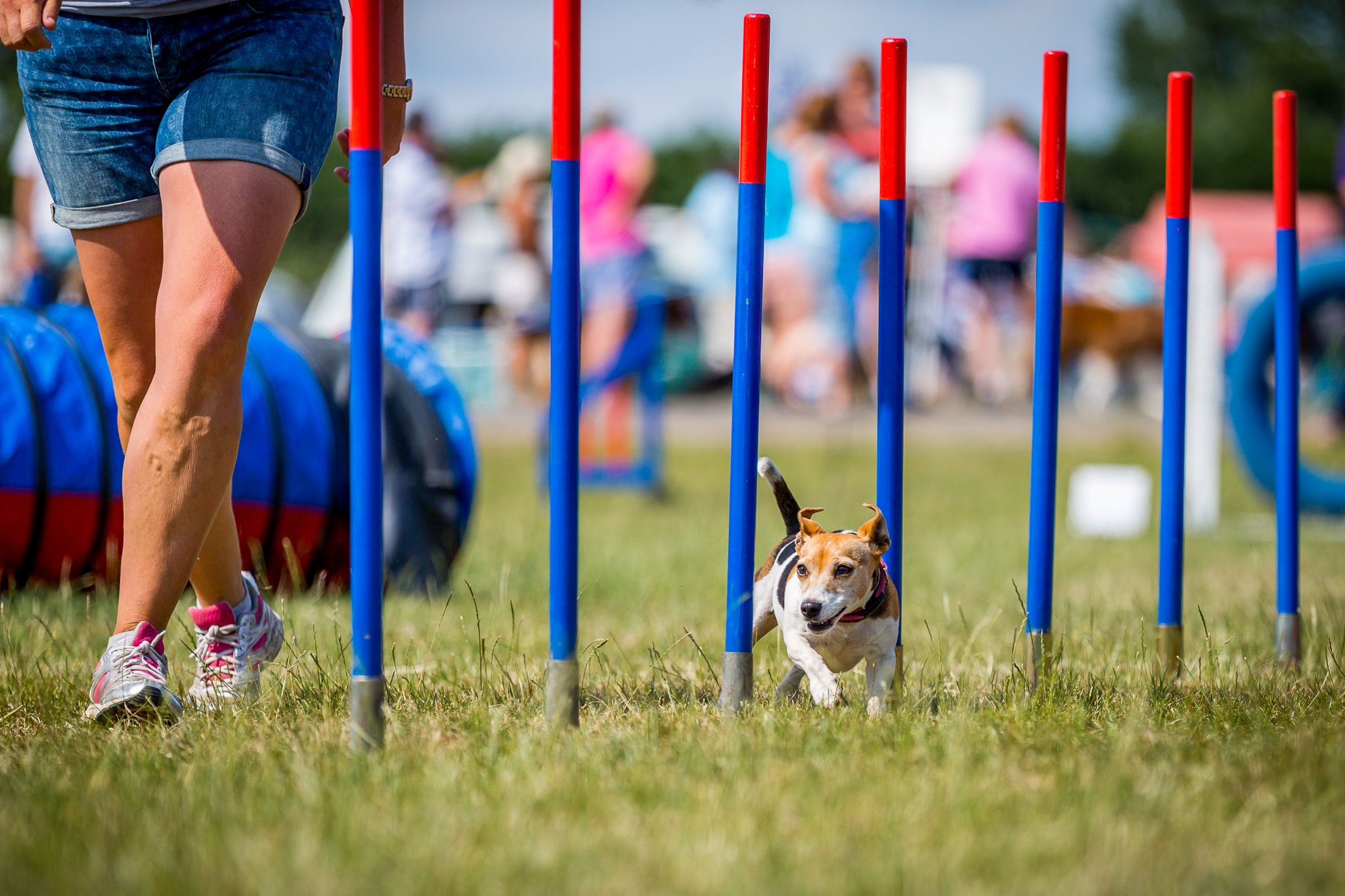 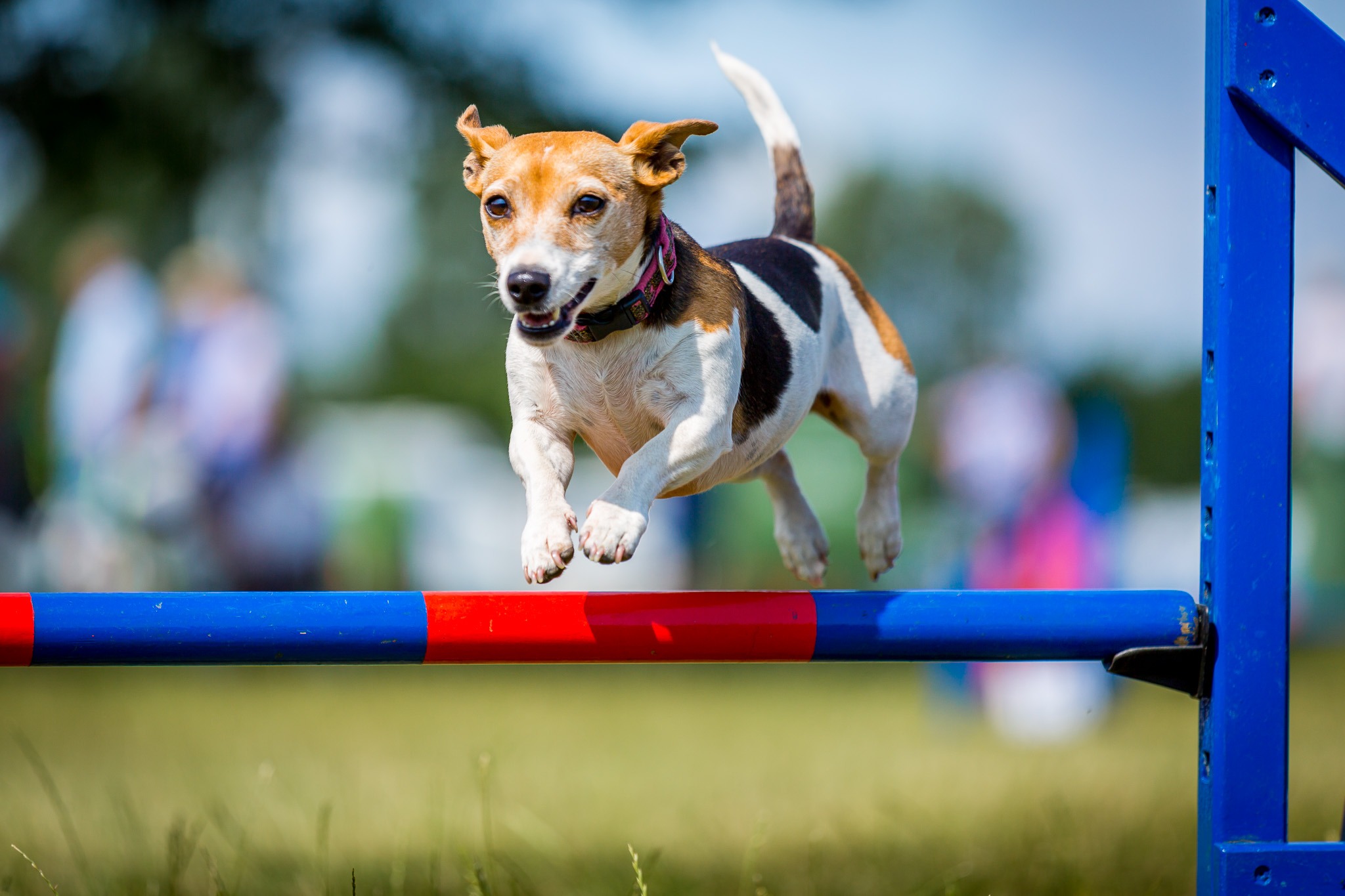 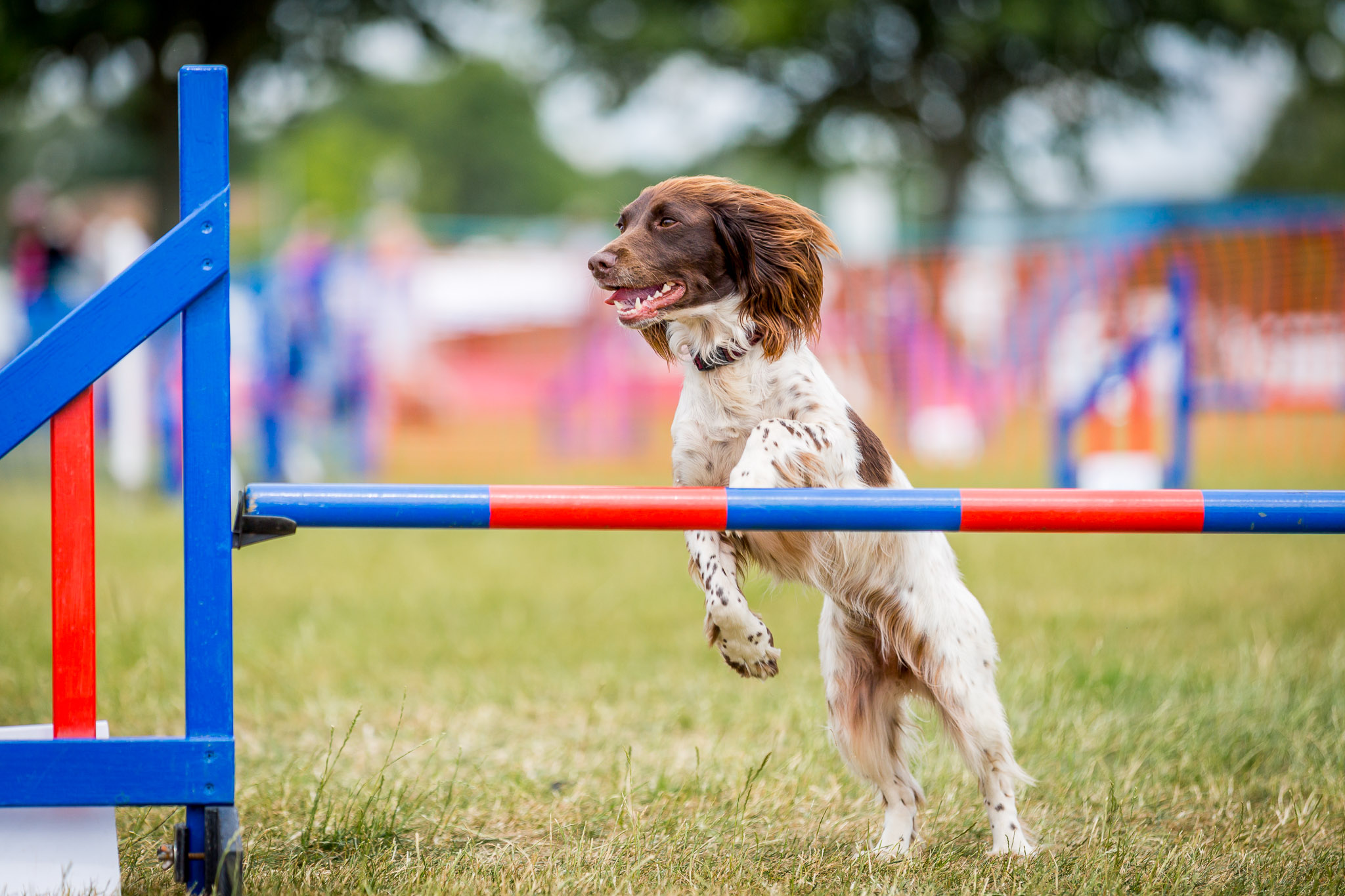